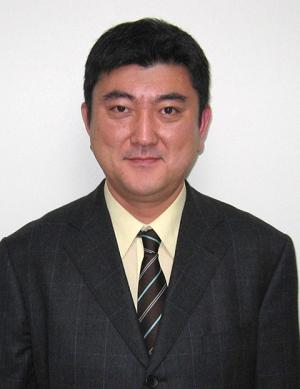 Koki Nomura, Ph.D., graduated from Salem Community College 30 years ago with a degree in communications/journalism. However, his memories remain vivid.

“When I remember SCC, I can picture the faces of the teachers -- Mr. Borda, Mrs. Nixon, and Ms. Rodgers, in particular,” said Koki, an associate professor of English at Japan’s Asahikawa University. “I would never trade my time with those devoted educators for anything. Also, I miss the time when I was doing my homework at my apartment, biting into a slice of Pat’s pizza (I was a Penns Grove resident) and drinking a cold Rolling Rock (I was 21!).”

As an international student who learned about SCC while attending an English school in North Jersey, the now 54-year-old greatly appreciated the personalized attention from SCC faculty and staff.

“I was looking for a small, suburban college, in which I would not get lost,” recalled Koki. “Again, Mrs. Nixon and other English teachers taught me with great patience. I remember the days I was writing my essays in SCC’s computer room. I was a frequent visitor at Mrs. Nixon’s office (she had her office inside of our PC room then) to ask her for help with grammar and usage. Ms. Rodgers, my drawing teacher and advisor for the Oak Leaf [the student newspaper], also helped me with my English (I was a staff writer).

“I could name at least five more teachers who gave me every possible help,” he continued. “I am sure that you cannot receive as much personalized attention at any big university in America. SCC has this unique ‘small town feel’ in which everyone knows everyone and everyone helps one another. It is something to do with the friendliness of American people, too. I had never felt lonely while I was there.”

Koki explained how he benefited from studying at SCC. “I learned how to write news stories in Mr. Borda’s journalism class and, of course, my experience with the Oak Leaf helped me improve my English skills,” he said. “I later transferred to a four-year school [University of North Florida] at which I majored in American literature. Although I am a college English teacher now, I am still a journalist at heart, and my years at SCC have contributed to something like an important job I did in December, which was an interview with an American novelist to write a book about him.”

That ambitious project recently brought Dr. Nomura to the United States. “I am writing a book in Japanese on Vietnam veteran and novelist Tim O’Brien’s life and work,” he said. “I am just back from my interview with the novelist in his home in Austin, Texas. I want to get my book published in a year. I have felt guilty since childhood for the actions of Japan in starting a war which killed many in Asia and the Pacific. When I was in high school, I wanted to become a Japanese David Halberstam, so I decided to study journalism.”

Koki recalled his motivation to earn his master’s in English education and a Ph.D. in American literature at Hokkaido University. “Back in Japan, I happened to read Tim O’Brien’s anti-war novels, which helped me decide to go to a graduate school in order to do the research of O’Brien’s work,” he said. “I earned my Ph. D. at 38 with a dissertation entitled, ‘Vietnam, Psychoanalysis, and Aesthetics in Tim O'Brien’s Works.’ Then, Donald Trump happened. Again, I felt like I had to do something for the world and decided to publish a Tim O’Brien book, which is based upon my dissertation, to make the world a better place. Peace!”

This SCC graduate has another goal: To return to South Jersey to teach Japanese literature in the summer.

“It is my dream. I teach English and American literature, but I am also an avid reader of Japanese novelists,” he said. “I would love to introduce Japanese novels and short stories to American students. If any college gives me this opportunity, I would be delighted and honored. It could be just a two-hour speech or a two- or three-day event (I would do it for free!). I can also speak on my favorite American novelists such as Tim O’Brien, W. P. Kinsella, and F. Scott Fitzgerald.”

He also aspires to organize a student exchange program with a U.S. college. “As Chair of International Exchange Committee at Asahikawa University (AU), a small, private college in Hokkaido, Japan, I am looking for a small, suburban college on the East Coast which is interested in recruiting students who would like to experience a two-week program of Japanese language and culture here at AU,” he said. “I’ll be the coordinator-teacher-interpreter-guide-driver! AU will pay for everything (tuition, lunches, accommodation and buses) but the plane tickets. Also, I may have students who would do the same!”