A pioneer in the studio-glass movement, Paul Stankard has established an international reputation for interpreting nature in glass with his floral art. Paul maintains an active career in the studio, while teaching at institutions like Penland School of Crafts, The Studio at the Corning Museum of Glass and Urban Glass. He also serves as an adjunct instructor and artist in residence at Salem Community College.

Paul’s autobiography, No Green Berries or Leaves: The Creative Journey of an Artist in Glass, was published in 2007. Born in North Attleboro, Mass., in 1943, he moved to New Jersey as a teenager. Today, Paul and his wife, Pat, live in Mantua, N.J. They have five children and six grandchildren.

His work is represented in more than 70 museums worldwide, including the Renwick Gallery of the National Museum of American Art in Washington, D.C.; the Victoria and Albert Museum in London; the Musée des Arts Décoratifs in Paris; the Metropolitan Museum of Art in New York City; the Corning Museum of Glass; and the Museum of American Glass at WheatonArts and Cultural Center in Millville, N.J.

When the Art Institute of Chicago reopened the expanded Arthur Rubloff Collection of Paperweights in 2012, one of Paul’s current works, “Honeybee Swarm with Flowers and Fruit” was showcased to visually illustrate the evolution of his career and this art form.

Paul graduated from Salem Community College in 1963. Named a Distinguished Alumnus in 1999, Stankard was awarded an honorary associate of fine arts degree in 2008 in recognition of his inspiration in the glass art program’s establishment. The studio/lab in SCC’s Samuel H. Jones Glass Education Center is named in Paul’s honor.

In 2010, Paul received the Paul Aiken Encore Award from the South Jersey Cultural Alliance for his longtime outstanding contributions to the arts. In addition, he was among 20 American glass artists featured in Makers: A History of American Studio Craft, a comprehensive survey of modern craft in the United States by Janet Koplos and Bruce Metcalf. Stankard is a distinguished Fellow of the American Craft Council and Master of the Medium at the Renwick Gallery, Smithsonian Institute, Washington D.C.

Paul was elected to the College of Fellows of the American Craft Council in 2000. He has received honorary doctorates from Muskingum College in New Concord, Ohio, and Rowan University in Glassboro, N.J. 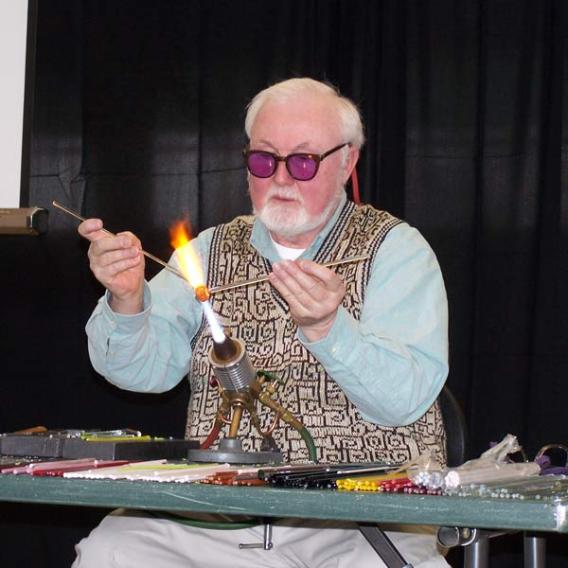