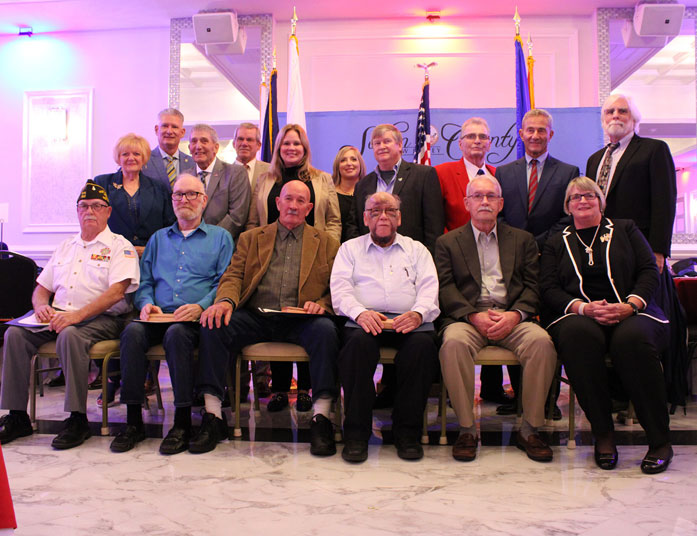 The Salem County Veterans Services Department and the Salem Community College Foundation hosted their annual Veterans Dinner at Maria’s by DiPaolo’s in Penns Grove on October 27.

In attendance was WWII Veteran Charles “Sandy” Wentzell, who recently turned 100. A Salem resident and a previous honoree, Mr. Wentzell was a B-17 Radio Operator who flew 30 combat missions with the 8th Air Force, including the first mission to Berlin. He was called back into service during the Korean War, serving as an observer on the ground, guiding aircraft to enemy targets. He was captured and spent time as a prisoner of war, before escaping.

Rhonda Gage sang rousing renditions of the national anthem and “Let There Be Peace on Earth."

On November 3, the College hosted the Salem County Veterans Medal Ceremony in the Davidow Theatre. Salem Community College salutes all veterans, past and present, for their service and sacrifice.