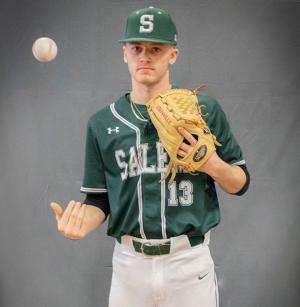 The Mighty Oaks will host the Mercer County Community College Vikings in the home opener Saturday, March 20 at Carneys Point Recreation Complex, with a doubleheader starting at noon.

In the return of SCC athletics last season, the Mighty Oaks baseball team won three of seven games under the direction of two-time Garden State Athletic Conference coach of the year and the 2009 Region XIX coach of the year John Holt. In 2020, the Mighty Oaks opened up the season 1-1 after splitting a road doubleheader against Ocean County College. SCC closed out the shortened season with a three-day road trip to South Carolina where they played Penn State Beaver, Penn State Hazleton, College of DuPage and Lakeland Community College.

Coach Holt has not forgotten about the shortened 2020 season and has ensured that the entire team is taking COVID-19 protocols very seriously. “The priority is to keep our team healthy,” he said. “Unfortunately, COVID will be a factor in how teams finish up the season. If there was one thing we learned from last season was not to take any game for granted. We are excited and grateful to be on the field again.”

Salem also adds 24 new faces. Freshman Infielder Drew Tongue (Glassboro, NJ / Glassboro HS) believes that the team has a good bond. “I chose Salem Community College for a lot of reasons. I knew the coaches had trust in me and believed in me to be a part the program. I believe we have a good bond as a team and it will help make us more successful as we go,” said Tongue.

Fans can follow the Mighty Oaks at sccmightyoaks.com and catch the latest news and updates on SCC Athletics on Twitter @sccmightyoaks. All game dates and time are subject to change.

Caption: Patrick Montagna, a graduate of Pennsville Memorial High School, is one of a trio of returning starting pitchers on the Salem Community College Mighty Oaks baseball team. Fans can follow the Mighty Oaks at sccmightyoaks.com and catch the latest news and updates on SCC Athletics on Twitter @sccmightyoaks.