Prior to his appointment at SCC on June 6, Jefferson was Director of Finance and Administration/CFO/Comptroller for the Newark (N.J.) Public Library.  He planned, directed and controlled all functions of the finance department, including general/fund accounting, purchasing, budgeting, cash management, information technology, payroll, accounts payable and facilities, overseeing 55 professionals.

Previously, he was Chief of Contracts at the N.J. Dept. of Health. He also was a member of the N.J. Dept. of Children and Families Grants Management, Auditing and Records Team.  Earlier in his career, Jefferson served in several finance, accounting and auditing positions for the U.S. Treasury Department; N.J. Department of Corrections; the City of Newark (N.J.); Boiling Springs Savings Bank; Mitchell, Titus and Co., CPA.; JP Morgan Chase; and Rutgers University.  He also was Business Manager at Community Education Centers, Inc. (GEO) in Philadelphia.

He earned a Bachelor of Business Administration (BBA) degree in Accounting from Howard University and a Master of Public Administration (MPA) from Rutgers, concentrating in Finance and Public Policy.

Jefferson also is a Certified Public Manager (CPM). He holds certificates from The Wharton School of the University of Pennsylvania in Business Analytics and is currently pursuing his Certified Municipal Finance/County Finance Officer (CMFO/CCFO) and Qualified Purchasing Agent (QPA) licenses with the State of New Jersey. 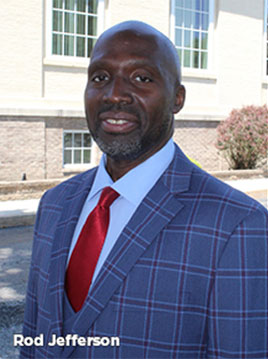 Prior to becoming Director of Admissions, Schimpf served as SCC’s Manager of Retention.  In this role, she implemented student retention initiatives, overseeing the Academic Support Lab, and chairing the advising and retention committee.

Schimpf also worked at Drexel University, where she was Director of Recruitment for the College of Arts & Sciences and Wilmington University, serving as Admissions Communications Manager.  She held several positions of increasing responsibility in SCC Student Services from 2012 to 2015.  She also teaches business and mathematics part-time at SCC and Rowan College at Burlington County.

She earned an MBA (concentration in Organizational Leadership) from Wilmington University and a Bachelor’s degree in Mathematics from Stockton University. 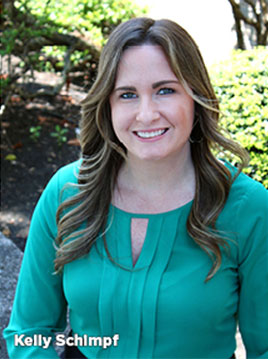 Robell came to SCC as a math instructor in 2003.  Since 2010, he has held positions of increasing responsibility at SCC.  After tenures as an Academic Coordinator, Assistant Dean and Associate Dean, the new Vice President most recently served as Dean of Academic Affairs for four years.

During Robell’s tenure in the academic affairs division, he has overseen business, computer science, education, English, math, social science, glass, and visual and performing arts.  He developed an associate degree program in game design and development.

Robell has managed all aspects of SCC’s developmental math, including the course redesign, faculty training and tracking of student success.  He has coordinated reviews on multiple academic programs annually, with advisory committees, consultants and faculty reports.

He is the longtime project director for a series of College Readiness Now grants with Penns Grove High School. Supported by the New Jersey Council of County Colleges and the New Jersey Office of the Secretary of Higher Education, the grants support projects designed to help prepare high school students for college. 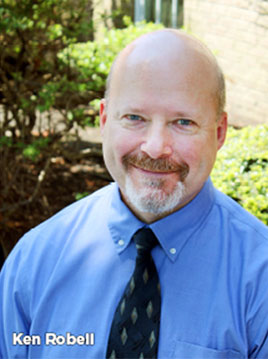