Throughout the semesters, the Michael S. Cettei Memorial Library has events the students and the community are welcomed to attend. 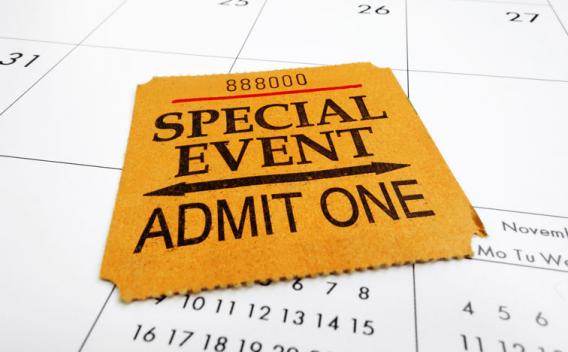 Visiting authors and artist are invited to Salem Community College to speak with students and the community about their personal life experience and career path.

Steampunk author Danielle Ackley-McPhail is currently the senior editor of the award-winning Bad-Ass Faeries series, as well as several other anthology projects.

Danielle Ackley-McPhail has worked both sides of the publishing industry for longer than she cares to admit. She has used her talent and her passion for writing to expand her knowledge of the rich mythology of her Celtic heritage and to make her mark in the world of fantasy. From there she has gone on to explore may other genres, including Military Science Fiction, Science Fiction, Horror, and Steampunk, to name a few

She holds Bachelor’s Degrees in both English and Communications from Kean College of NJ.

Story-engineer and trench-author Mike McPhail is best known as the editor of the award-winning Defending The Future (DTF) series of military science fiction anthologies.

He is also the owner and chief artist of McP Digital Graphics, a web-based company specializing in cover art and layout, interior illustrations, and technical consulting. Their primary customers are small- and medium-press publishers, and individuals just starting out.

Last, but most important, as a member of the Military Writers Society of America, he is dedicated to helping his fellow service members (and deserving civilians) in their efforts to become authors, as well as supporting related organizations in their efforts to help those "who have given their all for us."

Kelly is the recipient of two third place NJPA awards - one in the features column category for 'Paranormal Corner,' and one for sports features.

Her new book 'Haunted Gloucester, Salem, and Cumberland Counties' was released on August 28th and is available at arcadiapublishing.com, Barnes and Noble, and Amazon.

Born and raised on a horse farm in southern New Jersey, Brian Rathbone never did quite fit in--still doesn't. If you need someone to take you on an adventure or to tell terrible dragon jokes, Brian is your man. He lives in the mountains of North Carolina with his wife and some very spoiled cats. While taking accounting at SCC Brian became proficient using VAS (Visual Accounting Systems) which helped launch a 25 year technology career. SCC gave him the confidence to later teach himself computer technology, networking, and programming. Brian started writing fantasy in 2007, and became a fulltime writer in 2014.

In 2002, Michael began his now well-known series, The Riyria Revelations, for his youngest daughter. It was not an easy beginning, but with much hope and hard work the first book of The Riyria Revelations series, The Crown Conspiracy, was published in 2008. Rise of Empire and Heir of Novron would complete The Riyria Revelations series. Michael did not stop there, he went on to release another series called Riyria Chronicles and a stand-alone fiction titled Hollow World. In December 2015 Michael released The Death of Dulgath, the latest of The Riyria Chronicles. In the summer of 2016 you can looked forward to Age of Myths, the debut novel of his newest series The First Empire. He has sold more than three- quarters of a million English copies, and his writings have been translated into 12 foreign languages. He has appeared on more than one-hundred and fifty best- of or most-anticipated lists. Michael is the 45th most followed United States author on Goodreads, and 47th worldwide.

Chuck Close is an American photographer, photorealist painter, and printmaker. Most of his works are large-scale portraits based on photographs of his family, friends, himself, and fellow artists. His works hang in the world's most prestigious museums, and he is considered to be one of the most influential people in the art world.

For more than 30 years Chuck Close has explored the art of printmaking. While a painting can occupy Close for months, it is not unusual for one print to take up to two years to complete, from concept to final edition. Close has complete respect for, and trust in, the technical processes - and the collaboration with master printers - essential to the creation of his prints. The creative process is as important to Close as the finished product.

Check out Chuck’s website at http://chuckclose.com/ or visit https://www.contessagallery.com/artist/Chuck_Close/works/7134 to view some of his pieces.